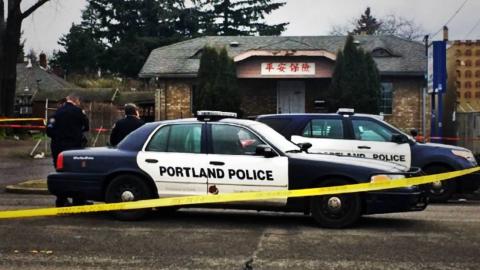 The average wait list for Section 8 subsidized housing nationally is 10 years. I am one of the privileged who got access to a Section 8 HUD housing voucher. These vouchers cover rent in low-income communities, but not in middle-class areas where rent is higher. For me, the voucher meant that—for the first time in my life—I would not have to worry about where my kids and I would sleep. I was 26 and had spent most of my life being evicted and living in cars, berry farm housing, and housing that was or should have been condemned. No one in the history of my family had ever received help with housing. We worked temporary, seasonal, and migrant-labor jobs which meant we were constantly evicted.

I will never forget the feeling I had when they handed me the voucher. I felt like 99 percent of my brain had been focused on trying to find a place to lay our heads. I now had space to think about what I might do to get in a better place to provide for my kids. That is when I began working on my GED.

While the voucher felt like I had won the golden ticket, I had no idea how hard it would be to find a landlord to accept it. My goal was to move my kids out of the neighborhood nicknamed, "Felony Flats." It was named that because it had the highest concentration of people getting out of prison in the state and the highest concentration of people subsisting on welfare and disability in the state. In this area, there was run-down housing, unpaved roads, and a lot of pawnshops, rent-to-own businesses, and payday loan stores. I lived in 17 houses in 20 years in that area. My house had been broken into 5 times in a four-month period. My car was hit and the driver fled. I wanted out.

No one would rent to me. As soon as I said I had a Section 8 voucher, their heads would shake and they would tell me no. It took me four months to find a landlord who said he would take the voucher. While I was happy to have a place, I was right back in the Felony Flats neighborhood. My kids would have to go to the schools where middle-class people would never send their children. We would be surrounded by others who were desperately fighting for basic needs and traumatized by the bullets of poverty.

The segregation by social class creates an isolation that perpetuates poverty. Research shows that, when kids in poverty go to school with middle-class kids, their math scores increase. Their reading scores and expectations for higher education go up. There is no research showing that middle-class students scores go down.

Scott Winship from the Dispatch writes:

Biden would prohibit landlords from discriminating against those with vouchers, and he would expand an Obama-era rule that would tie voucher amounts to the rents in ZIP codes rather than in metropolitan areas or counties. The latter would have the effect of discouraging the concentration of voucher recipients in the poorest neighborhoods. (When vouchers are pegged to the broader and less-poor geographic area surrounding the poorest neighborhoods, landlords stand to make the most from renting in the most impoverished ones.) Both of these policies are worthy of bipartisan support.

In addition to these subsidies, Biden would require states to create inclusive zoning strategies as a condition for receiving federal funding through the Community Development Block Grant and Surface Transportation Block Grant programs. Inclusive zoning would expand residential choice for lower-income families who are priced out of many neighborhoods because they limit the kind of housing available. He would pursue the same goal by reinstating the “Affirmatively Furthering Fair Housing” rule, an Obama Administration policy suspended by President Trump that would—according to critics, too onerously and ineffectually—task localities with assessing the extent of racial segregation in their jurisdiction and devising plans to reduce it."

We need mixed income neighborhoods. These policies can help change lives for students and families in poverty.