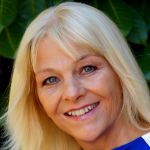 Dr. Donna M. Beegle inspires and educates individuals, organizations, politicians, and entire communities with proven models to better outcomes for people in poverty. Born into a migrant-labor family and married at 15, Dr. Beegle is the only member of her family who has not been incarcerated. By age 25, she earned her GED and then, within 10 years, received her doctorate in Educational Leadership. She is an authentic voice from poverty that speaks, writes, and trains across the nation to break the iron cage of poverty for others through services provided by her company, Communication Across Barriers (CAB). Since 1989, she has traveled throughout hundreds of cities in all 50 states and four countries to assist professionals with proven strategies for breaking poverty barriers. State agencies, politicians, and other organizations have partnered with her to implement community-wide approaches to improving outcomes for citizens in poverty.

Dr. Beegle’s inspiring story of moving from 28 years of homelessness to achieving a doctorate and her groundbreaking work assisting people to move out and stay out of poverty has been featured on the internet, in newspapers, and on television around the nation. She is presently completing a PBS documentary with award-winning producer, George Rivera, and was featured on CNN in The Other America segment. Dr. Beegle has received numerous awards (i.e. National Speaker of the year for the New Mexico Bar Foundation and the Oregon Ethics in Business award). In 2013, Dr. Beegle was named Woman of Influence by the Portland Business Journal and received the Orchid Award which honors women who are compelling, affect change, and represent their positions with strength, wisdom, and grace. Just recently, Dr. Beegle was named a prestigious Woodrow Wilson Princeton Fellow through their Office of Governmental Relations.

My rational side was awed by your command of economic facts and social science dynamics; my political and emotional side was moved by your compelling personal narrative and human examples. I have never seen done what you did; never seen anyone be so persuasive, genuine, credible and effective on the subject of poverty. Your message needs to be heard across this nation in forums of activists, business chiefs, non–profits, journalists, public officials and community leaders.