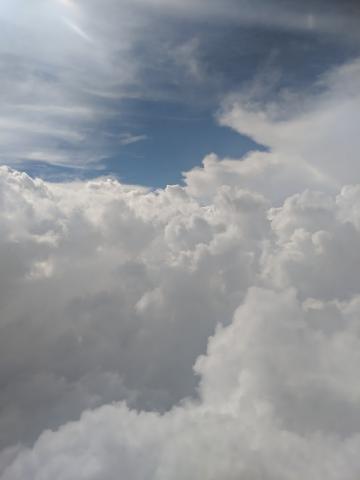 On the first day of the pilot Women In Transition (WIT) program, the four-member, all-women staff began by sharing their own life experiences. My 26-year-old self was amazed. Because I had only known people from generational poverty, I had never heard the life story of a middle-class person before. I learned that most of the WIT staff members lived in one house their whole childhood. They had gone to the same school for more than three or four months--which is something I had never done. I learned that they had never been hungry, nor watched family members treated badly or arrested. I learned that they had never been evicted, nor lived in a "roach motel" (like my children and I were doing at the time).

One of the teachers, Stevannah (Stevie) Mercer, caught my attention. I watched her as she taught and moved about the room. She was so graceful! I thought, “I wish I could sit like her. I want to talk like her. I want to know what she knows.” I thought she was so much better than me. When she shared her story, she told how she was a single mom who had used food stamps. I was stunned. HER? She was perfect. No Way! I hung on her every word. I tried to copy the way she walked and the way she sat. I wanted to be like her.

While listening to the middle-class stories, I had an epiphany. For 26 years, I had been taught by society that my family and I were the problem. That something was wrong with us because we could not get out of poverty. The middle-class life experiences illuminated why some people have better lives. It was not their intellect, ethics, or morals that paved their paths. They were people--just like me--who had different experiences and different opportunities. They had educated parents who had their teeth. They did not say “ain’t.” They had money to pay for garbage service. They lived in the “right” neighborhoods and went to the “right” schools. They even had doctors and credit. I was slowly realizing that they were not better humans. I was someone just like them, but I had had very different experiences and opportunities. I never had the luxury of going to one school for more than a few months. The schools we went to were ones that middle-class people would never send their kids to. We were constantly evicted and fighting hunger. All of my energy was focused on making it through the day.

No wonder middle-class people were on the other side of the table. For the first time in my life, I was able to externalize the negative, deficit, “what’s wrong with you and your family” messages that I had been pelted with since the womb. Poverty had taught me loud and clear that I was not even worthy of people looking up when I walked in a room to ask for help. No one wanted to know my name or asked what was going on with our family. Everyone worked hard, but we still could not afford both rent and utilities. Whenever we asked for help, we could feel that we were a bother.

I felt an excitement bubbling up in me. Oh my gosh! If they weren’t better than me, then maybe I too could get educated and take care of my kids. The beginnings of hope emerged. I pulled out my brown pleather diary and wrote, “I am going to try to get that GED they’ve been talking about. Then maybe, I’ll be somebody."

Editor's note: The photograph above was taken by Donna on her trip home from one of her many presentations across the U.S.