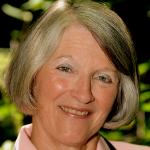 Jeanne M. Harper compassionately and effectively addresses issues of life in a participative, creative, and practical style for the public and professionals as a life coach, spiritual director, speaker, and consultant. Before retirement as a psychotherapist in 2008, she specialized in trauma counseling for twenty-eight years.

Harper also taught high school classes on Becoming a Person, Relating Skills and Family and Life Issues from 1980-1985 and again in 2007. At Northeast Wisconsin Technical College from 2008 to 2015 she taught Sociology and Psychology courses for seven years including, Intro to Ethics, Intro to Sociology, Contemporary American Social Problems and Intro to Diversity. Jeanne required her college students to complete ten hours of Service Learning Experience. Some of her students choose to get involved with the Society of St Vincent de Paul Home Visits, Freezin’ 4 Reasons – raising funds for shelter for homeless families, as well as Friends of the Poor Walk – raising funds for utility expenses prior to cutoff date.

Jeanne has authored numerous published articles on a variety of topics as well as editing and co-writing with a group of youth who attempted suicide, Hurting Yourself: After an Attempt published by Centering Corporation of Omaha NE. More recently she wrote a chapter “Keeping His Fire Alive Within” in the Discover Your Inner Strength, as well as a chapter “Ethical and Spiritual Concerns: Sexuality and Spirituality: A Holistic Approach for the Living-Dying Client and the Partner” in the acclaimed book, Death & Spirituality, edited by Dr. Ken Doka.

Harper and her husband, David, joined the Society of St. Vincent de Paul in 2000 after David’s retirement of 34 years of Social Work and Supervisor of Family and Child Services. Jeanne has been Conference Secretary and Home Visitor to those in need since the revitalization of their local St. Joseph Conference which was aggregated in 1921. Through her Conference she has been highly involved with the start of three consistent youth groups: Mini Vinnies (4th & 5th graders), Youth Vincentians (6th – 8th graders) and Young Vincentians (9th through 2nd year College students). The Youth have established an activity for each month throughout the year, as well as twinning internationally with a Uganda Youth Conference. Jeanne became the Green Bay Diocesan Council Vice President in 2003 and in 2006 became the President of the Green Bay Diocesan Council and ultimately a National Council Member for The Society. In 2011 Harper was elected to the National SSVdP Board of Directors as Vice President of the North Central Region. Oct 2017, Harper was selected to be the National Extension Liaison to the National SSVdP Board of Directors.

Jeanne M. Harper compassionately and effectively addresses issues of poverty and systemic change in a participative, creative, and practical style for the public and professionals as a life coach, spiritual director, speaker, and consultant.  From 1980 to 2008, Harper was a psychotherapist in her community. In 2011 Jeanne spearheaded the “Getting Ahead” program; received Life Certification as a Bridges Out of Poverty trainer with Aha Process. Harper is the lead National webinar Getting Ahead Facilitator trainer for the Society of St Vincent de Paul.  In October 2015 Jeanne completed the Beegle Poverty Institute and Coaching Institutes, and in May 2016 Harper became a Gold Star presenter for Communications Across Barriers.

Through forty years of speaking, counseling, visiting, teaching, and coaching, she considers herself privileged to journey with others as they turn their “problems” into “creative opportunities for growth.” Her mission is to journey with and help those she meets find the inspiration within themselves to move forward in life. Jeanne encourages the celebration and appreciation of life—every moment!